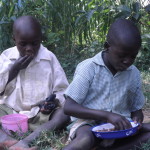 The Feeding Programme
Prior to 2006, one of the main issues the primary school faced was absenteeism from pupils after the lunch break. The reason for this was some families could not afford breakfast or lunch for their children. These children were too hungry to concentrate in the afternoon and often disappeared in search of food. They sometimes offered to dig in a neighbour’s field in the afternoon in return for some food. 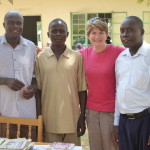 Teachers Salaries
Since 2006, KCEP have been paying the salaried for two to three additional teachers. Michael is a gifted maths teacher, his pupils often achieving top results in their external exams and Hesbourne teaches Swahili. Recently, a third Kenya Project has been employed, Daniel. KCEP is proud of having helped to improve the teaching capacity at the school. 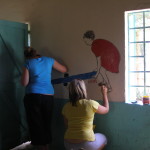 Exchange Programme
Students from the College first visited Madungu Primary School in June 2006 and we personally presented a cheque for £3000. Students have visted since in 2009, 2001 and 2013. 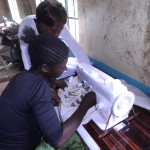 Sewing Workshop
In 2011 KCEP financed the purchase of 9 Singer sewing machines. This initiated the first community lasses at the school, where young mothers have been able to learn a skill and earn their own income. 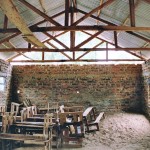 Library Building
We have set up the school’s first ever library with over 1000 books, kindly donated by Newton Primary School, Glyncollen Primary School, Craig Y Nos Preparatory School and the Learning Centre at Gower College Swansea. In June 2011 we financed and laid the foundation for a new library building.

Cows!
The 2 cows purchased in 2009 have now become 5! The school is able to raise some money itself by selling the milk in the local community.